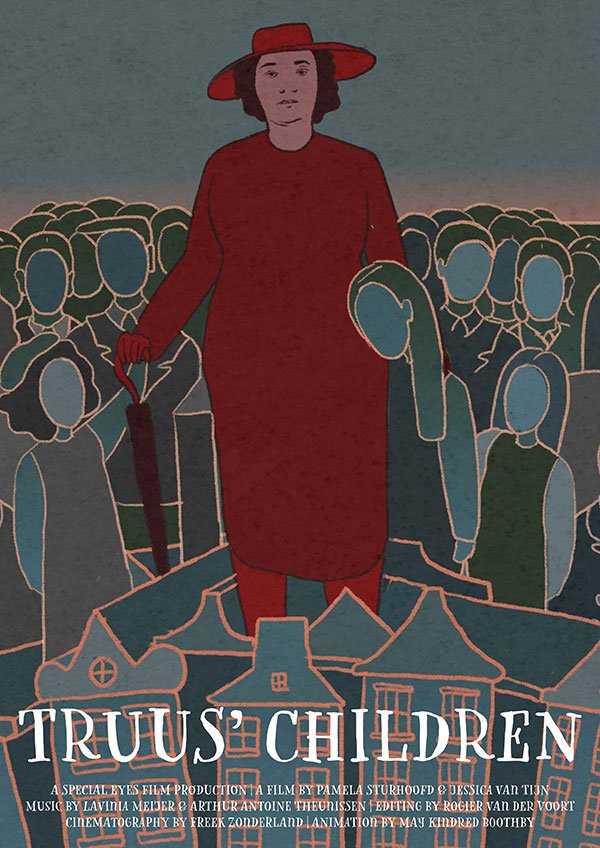 On Sunday, March 8, 2020, after 3.5 years of hard and intensive work, the time finally came for the first screening of Truus’ Children in Eye Filmmuseum in Amsterdam. More than three hundred guests from home and abroad attended this private premiere. The reactions to the film and the standing ovation at the end of the screening were heartwarming and proved once again how important it is for the world to get to know the inspiring story of Truus Wijsmuller.

Truus’ Children tells the story of Truus Wijsmuller who saved the lives of thousands of Jewish children just before and during the Second World War. Yet this resistance heroine remained relatively unknown in the Netherlands until now.
In our new documentary, 21 ‘children’ who owe their lives to her tell about the special deeds of Truus Wijsmuller and it becomes clear why she is also called ‘The Woman with the Umbrella’, ‘De Stoomwals’ or even ‘The Dutch Oskar Schindler’. ‘ is called.

The courage and thoroughness of Truus Wijsmuller have inspired us so incredibly over the past three years and we are convinced that this will also happen to everyone who will see the documentary – of whatever generation. The main message of the film: Every individual can make the difference!

Reactions after the closed premiere

You have made it a beautiful, poignant, moving film about the survivors and the heroine. You have finally managed to put her in the right light.

Such a beautiful documentary - so moving and the stories so personal. It's one of those movies where you just keep watching the end credits and listening to the music because you don't want it to end…

All compliments for your very impressive documentary Truus' Children. For the past three and a half years you have worked 24/7 with 'blood, sweat and tears' and delivered a masterpiece that in my opinion deserves an honorable place next to the documentary films of Schindler and Wallenberg.

Lectures about this documentary

Would you like to know more about this special documentary? We also give lectures, in which we tell about the background of this production on the basis of fragments from the film. Book now, and as soon as the corona guidelines allow it, we’d love to see you!

The documentary has also been extensively covered on the radio. Listen to one of the interviews here.